Aventura Park is the largest constructed City of Henderson park, totaling more than 20 acres within the 1500-acre master plan of Inspirada. This park boasts three multi-purpose fields, two regulation little league fields, two basketball courts, two tennis courts, four grass volleyball courts, an HOA heated pool, several ramadas and shaded areas, an interactive play water feature and playground structures, and a one-acre dog park. The playground features were themed around exploration with a heavy emphasis on free play. Two large boulders connected by a corkscrew netting bridge can quickly become a tightrope, designed as a platform for imagination. An enormous “mega tower” structure provides ample climbing and exploring activities to get to the highest point of the park where one could take in the view of the entire area. The interactive play water feature provides a creative respite during the hot summer months. The interactive play water feature is filled with spray heads that project water at every angle: sideways out of a pony wall, straight up in the air like a geyser, and curved in a sequence of archways. Three large towers face each other in a triangular shape at the center of an interactive play water feature cascading water onto awaiting children.

With a significant emphasis on active play, Aventura Park will likely host a number of sporting events. It was important that the landscape remained a focal point and offered a “green” environment all year long. Plant locations and species are strategically placed within the park to offer a variety of color and texture in the arid desert environment, even in the winter months. 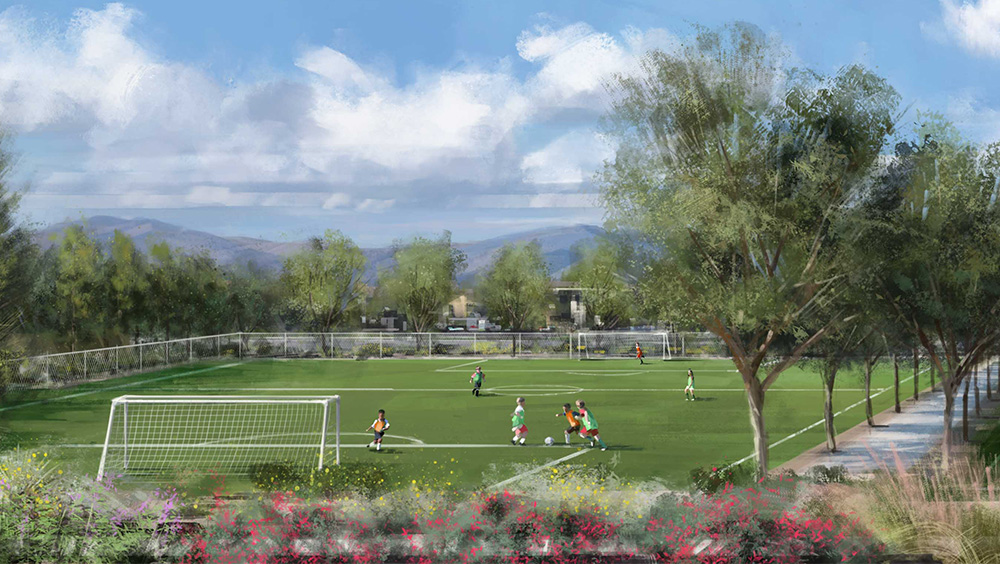 We want to hear from you.

THE BRIDGES AT GILBERT NEIGHBORHOOD PARKS

At ABLA, we pride ourselves on creating surroundings that are impactful and inspiring, as well as responsible.

Designed and Developed by Kitchen Sink.